Must do this more often...

So, here we are again- STOP! There we go, it's got to me at last. It's this utterly pathetic pre-occupation with starting the answer to a question with the word, "So..." As I have said before, this is anathema to me, I hate it as much as Blair-types starting the answer to questions with, "Look..." all aggressive and that - Nick Clegg is good at it and ABC too (that's Anyone But Cameron, the first time Ed Cummerbund has coined a phrase worthy of the name).


I listened to The Life Scientific on dear ol' Radio 4 this morning - quite honestly I don't know what I'd do without my radio, the only thing I miss about corporate life is human contact... Hang on, did I say HUMAN? Forget that... - and the scientist was a Tim Hunt, who "...is an experimental wizard, a flamboyant thinker and a stickler for scientific procedure." Doesn't fucking stop him starting virtually every answer to a question with the word, "So...", though! Irritating or what?


Anyway, Tim Hunt, to quote the BBC website: "Back in the early eighties, it just wasn't obvious that all life worked in the same way. But what Tim Hunt showed was that the process by which cells divide (and therefore live and grow) is the same in all living things and that this process is controlled by a protein that appears and disappears in the most startling fashion.
"It was a most unexpected result that many believed was rather insignificant but Hunt pursued it. Accused by some of "wild speculation based on faulty logic": that same logic led to him winning the Nobel Prize for Physiology and Medicine in 2001."
He discovered all this by looking at sea urchin eggs and then frogs. I struggle with science, I really do. It's the fact that they experiment on living beings and expect us all to bow down to their justification that eventually a medicine is produced that helps humans. I'm all for understanding what makes us tick and how things work, even how the universe works Dr Higgs, but killing a creature for the advancement of the human race, because "we can reason and they can't", is difficult for me to appreciate.
Yes, one can argue that all the medicines we take came from such experiments. That my asthma drugs and the drugs that keep my blood pressure normal were all made from such things and I'm probably a hypocrite for feeling the way I do about vivisectionists. Can't help it, my vegetarianism is based on cruelty to animals so it follows that I don't like animal experimentation.


Oooo, that was a bit serious. Here's some more pictures from recent days:

The week before Helen Reeley asked for my help digging over a strip of garden in Hughenden Valley, near the Missendens in Bucks. It was one of those jobs that seemed to be never ending and then, all of a sudden, it ended. Digging is good, but it really affects my poor old back. For those who don't know I was knocked down when I was eight and have seriously damaged vertebrae at the base of my spine. Funny story actually as the bloke who ran me over was one of my classmate's dads. When my dad got to the hospital he said to him, "If you didn't want Simon to come round any more, all you had to do was to tell us!" Good jewish humour.

Anyway, here are the pix: 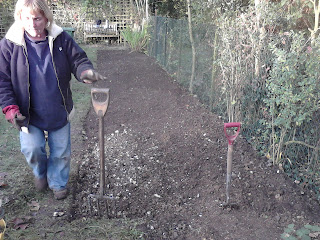 And on Tuesday of this week, 13th December 2011, it rained, hailed and snowed and guess what? Yep, the weather forecast didn't mention it. Good old BBC, that was my crazy paving relaying job fucked up!

Here are some pix that show some lovely little hail stones: 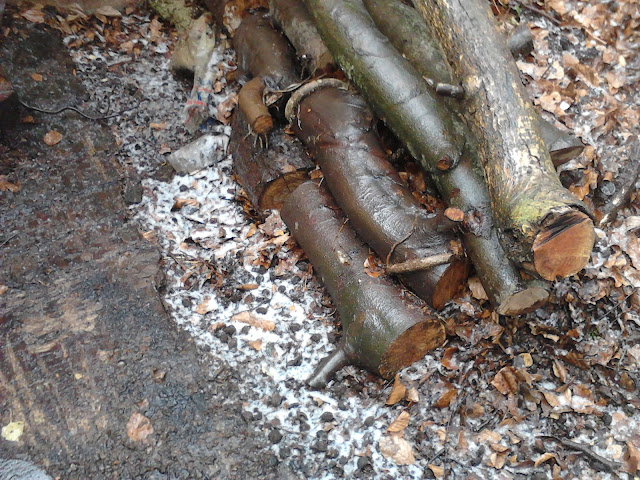 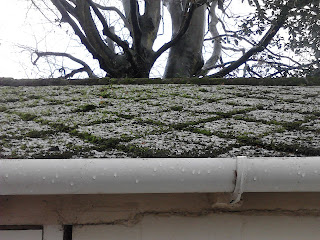 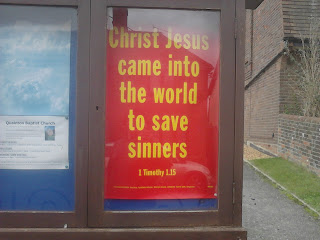 Saw this in Quainton. It had a strange effect on me, felt like I wanted to be saved too, but then I thought of Cliff Richard and the thought of being saved disappeared as quickly as his last single. If Cliff ever dies, do you think they'll cancel Christmas like forever?* 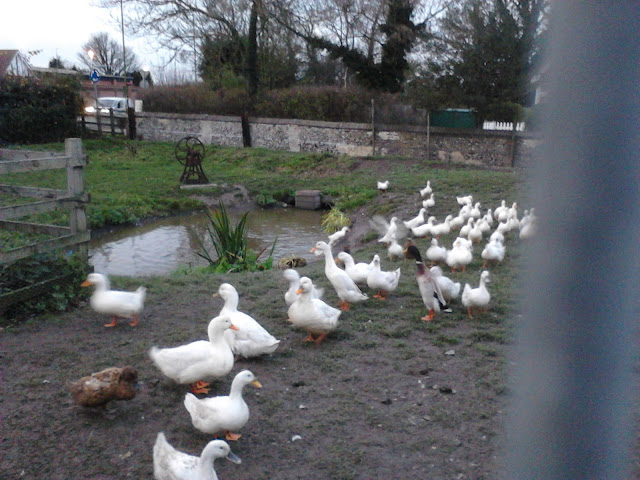 These are on the farm in Tring that houses Tring Brewery, a place of true beauteousness. I actually have grown to love this place and one day aim to have this many ducks in my home...

God bless us everyone!

*I stole the Cliff line from a tweet by Peter Serafinowicz, a very fine comedian
Posted by SimonM-Isaacs at Tuesday, December 13, 2011 1 comment: