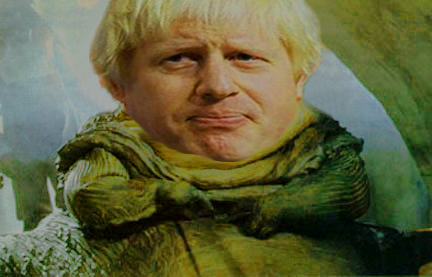 A long time ago in a one-way system far, far away...

It is a period of unease. Lost bus drivers, driving in ever decreasing circles (or is it increasing?), have lost their first batch of athletes on their way to the evil 'limpit Village, the site of the Stadia of Boyle. During the trip, GeeESfor Exec-cutives manage to steal millions of pounds of the 'limpit Empire's fortunes and gain control of the ORBIT, an armored installation with enough power to destroy an entire planet. Pursued by the Empire's sinister agents, Princess Colo races home aboard her starship, custodian of the stolen plans that can save her people and restore freedom to the people of the 'limpits. . . .


....but lo, ho, what is this sound of slime against tarmac? This disgusting pustulence trailing monster, with the breath of skank-ridden Thames water and Chateau-pap-de-bleurgh? It is the evil one that is Jonna-the-Hut. He spouts his indefinable gibberish, thus:


"Colo! Hay lapa no ya, Colo!
"Boonowa tweepi, ha, ha.
"Sebbo, mah bukee, keel-ee caleya ku kah. Wanta dah moole-rah? Wonkee chee sa crispa con Camero?"
(Loosely translated: Seb, what the fuck have you done to my town? I told you to build it in Lego you twat-faced Chelsea supporting grease ball. I tell you this I'm off to tell Camo, he'll know how to sort your fucking arse out baby!)

Next time: Th'limpits A Guide

I took all the following pictures last week. Since last Friday I have been coughing my lungs up, actually not strictly true, but great vast lumps of something keep appearing from my chest and I just thought perhaps it was lung. I also have no voice. It went off somewhere on Sunday, I thought as a result of drinking far too much Peroni, red wine and Limoncello, but apparently not - although one suspects it may have brought the whole sorry episode to a head and made my lungs explode.


I shall explain. A big group of us were going to go camping last weekend, but of course decided not to for reasons too bleeding obvious to even hint at here. Instead, we went to Da Vinci's in Tring, a little Italian restaurant whose owner brews (is that what you do to make Limoncello? Or is it something made at the very bottom of Dante's inferno, ring 9 perhaps) his own Limoncello. 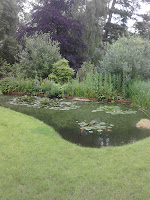 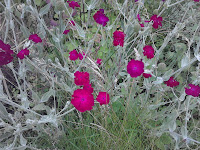 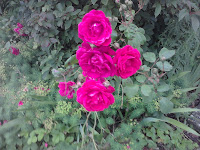 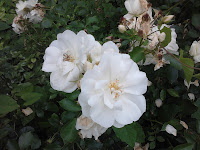 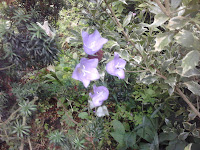 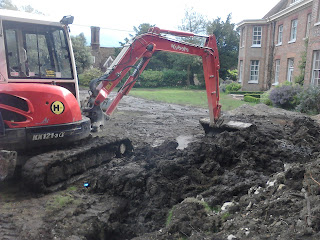 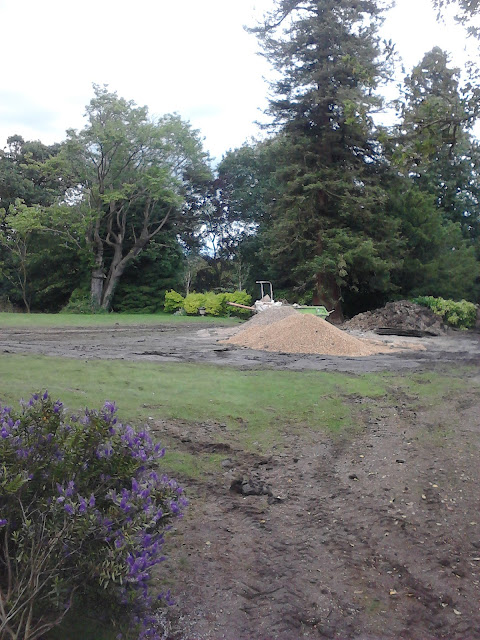 And finally... Below are two pictures showing how our bin men leave the bins just about every week. If I did my job so shoddily I'd never get another fucking garden to look after. We are told by the council to place the bins out neatly so as not to obstruct the path. We are told not to put them out too soon. We are even told that if the bin lid is not completely flat we could have the collections taken away from us (as if!!!) - the bastards broke the handle on our bottle basket weeks ago for chrissakes! I would so love to know where these cretins live so I could go and block their path with some of the debris from the garden at Quainton. Or even with that lovely digger... 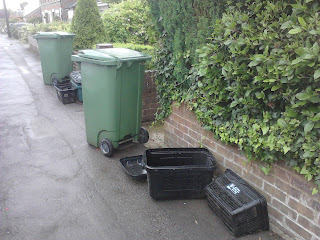 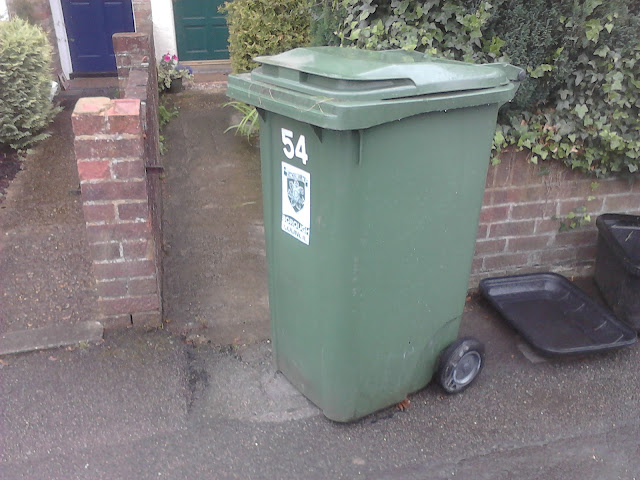 Happy councilling...
Posted by SimonM-Isaacs at Wednesday, July 18, 2012 No comments: